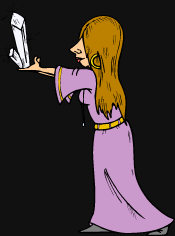 Crystals are mainly used when 'balance' needs to be brought to a person's life. This balancing effect can be regarded as healing - and has been a property attributed to crystals since ancient times. As such, crystals can be used when working with the following areas:

In all cases, crystal healing can also be used in a protective/preventative fashion. 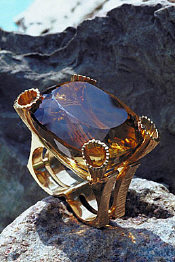 There are several ways to integrate the benefits of crystals into your life - without you having to do 'too much':

The human body is believed to contain several 'points of energy' (called chakras) that help govern the way we feel. If a chakra is 'low on energy' - then it can have a profound effect on your health. It is believed that crystals can help restore 'a chakra's energy levels' to normal (and thus improve the way you feel). If you'd like to try this, find a place to lay/sit down (i.e. somewhere you can relax safely) and place a single crystal of the corresponding colour onto each chakra (for around ten minutes):

To increase the potency of this approach, you may also combine it with meditation. For example, as you relax (with crystals on you), you may wish to visualise the colour of each chakra becoming more intense, gradually merging together until you obtain a balanced flow, that moves slowly upwards throughout your entire body - helping to keep you in sync with the Earth.

The following lists some of the crystals that you can make use of when working with chakra energies:

A brown crystal that aids relaxation - it can reduce stress and upset stomachs.

A brown crystal that aids breakthroughs - it can increase confidence and remove unwanted energy. 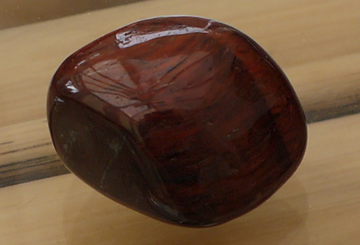 A red crystal that aids vitality - it can increase the suns influence within your life and improve success. 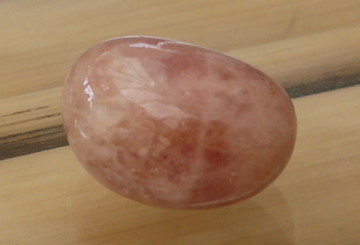 A red crystal that aids healing - it can increase energy flows and boost your ability to focus. 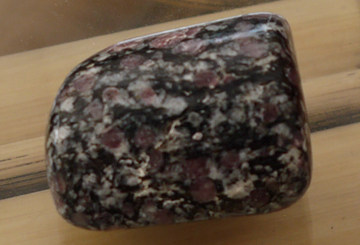 An orange crystal that aids healing - it can banish stress and boost creativity. 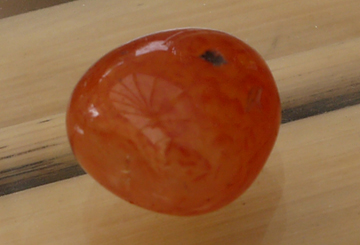 An orange crystal that aids power - it can increase self-worth and our sense of fight. 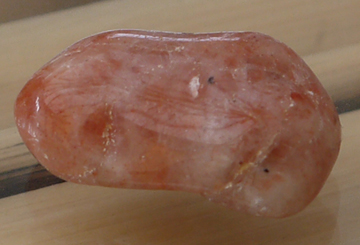 A green crystal that aids harmony - it can assist with love and locating hidden fears. 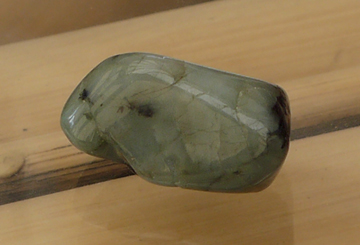 A green crystal that aids balancing - it can remove negative energies and is associated with protection. 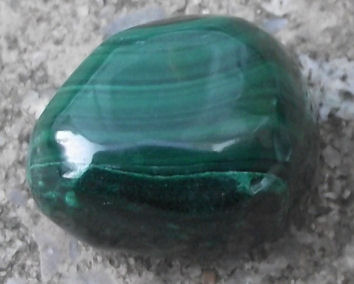 A blue crystal that aids peacefulness - it can soothe emotions and bring inner quite. 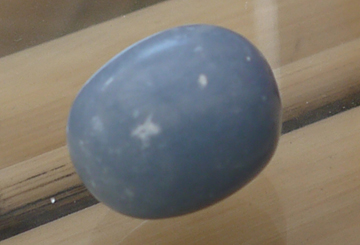 A blue crystal that aids inspiration - it can help reveal new ideas and improve your mood. 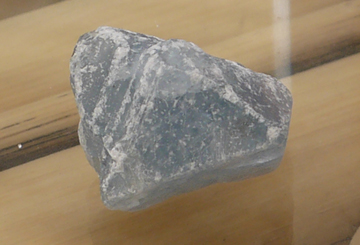 An indigo crystal that aids equilibrium - it can help guard against envy and increase wisdom. 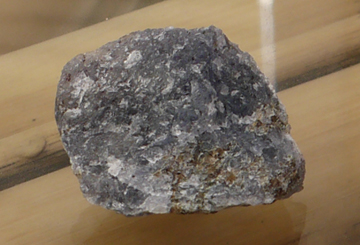 An indigo crystal that aids communication - it can help clear your thoughts and calm emotions. 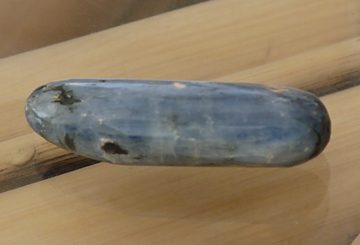 A white crystal that aids lunar energy - it can calm the body and help increase empathy. 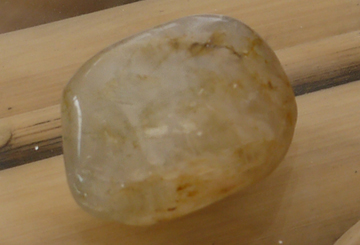 A white crystal that aids clarity - it can ease resentment and reduce bad thoughts. 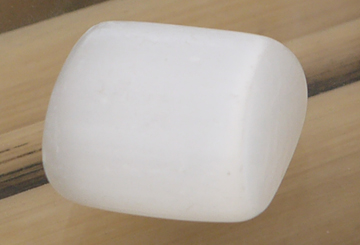 It is important to understand that a particular crystal can appear in other colours (e.g. spinel can also be found in blue or green) - where 'colour differences' are usually caused through impurities or variations in heat, light, etc.

There are other crystals that are not necessarily associated with specific chakras (although this doesn't impede their benefits). For example:

A yellow crystal that aids cheerfulness - it can increase comfort and help breeze away the winter blues. 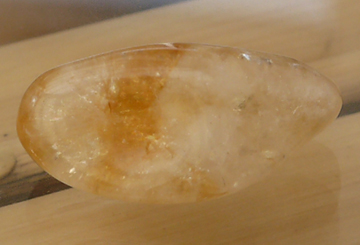 A yellow crystal that aids confidence - it can boost leadership and promote inner-strength. 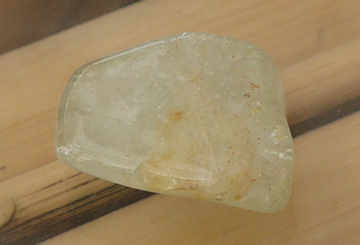 A black/silver crystal that aids well-being - it can reduce digestive upsets and help you confront hidden thoughts/feelings. 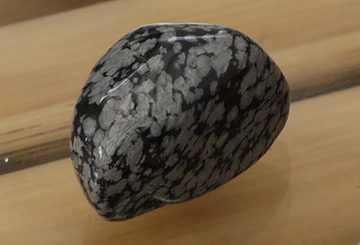 A black/silver crystal that aids your energy levels - it can increase optimism and support your life force. 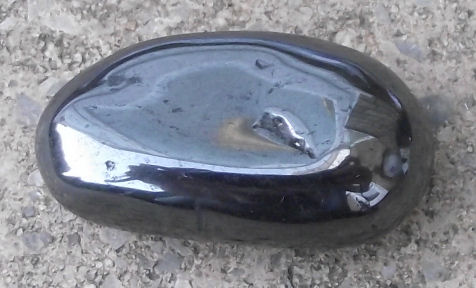 A multi-coloured crystal that aids perspective - it can help you take a step back from your problems and increase self-worth. 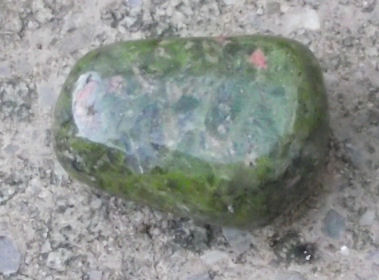 A multi-coloured crystal that aids health - it can boost your immune system and reduce muscular pains. 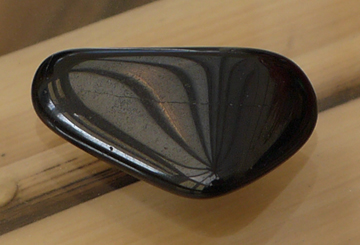 Crystals should be cleaned before first use and after use (i.e. after they have been used for healing/meditation). This is because they can become 'dirty' by having drawn off unwanted energies from your body/chakras. As such, cleaning can make use of:

We have seen that crystals can provide the wielder with many potential health benefits (although they should of course be used in moderation with other remedies). It is interesting to realise that they come from the Earth, and as such may just be imbued with powers that can help us feel 'less stressed' in this modern world - especially when many connections to nature are restricted to us 'in our busy lives'. Personally, I find the 'cold' sensation that occurs when you place a crystal on your skin 'quite relaxing' (at the very least) - and I believe that they help reduce stress.

Within the 'realms of fantasy' crystals have 'important roles to fulfil':

With all of these, it is the 'properties of the crystals' themselves - that are 'just as much at home' in fantasy as reality ...

For twelve hundred years did Cleopatra's Spell last - a Spell to Lock her Egyptian City, within the Sands of the Mediterranean Sea. It was a Spell that Cleopatra cast - to Hide her Secrets, from the Scorpions, of these Ancient Lands. Yet upon the Temple of Amun - does Cleopatra still sit, Lost in her Memories, of what Once had been:

It was with an Ancient Enemy, that Cleopatra, sought to Fight. It was with the Goddess Wadjet, that the Pact had first been made - an Army of Lava Serpents, so that Cleopatra could Harvest, the Crystal-Gold (from the Depths of the Earth). Yet, Cleopatra could not have Foreseen, the price that she would pay, for Thonis-Heracleion's Streets of Gold: the Tide of the Hyksos - and of their Scorpion King. For countless years had Thonis-Heracleion served her well, as a Port, to unload Crystal-Gold, from the Lavas of Vesuvius, and of Thera. Yet, throughout those years, had Cleopatra, underestimated, the Cunning of the Scorpion. Countless Battles had proven them to be Formidable Warriors, with even their human-kin (the Hyksos) over-running several of her Temples! Yet, with her Wisdom, had she found a solution to the Threat of the Scorpion: by Killing Two Birds with One Stone - have her Lava Serpents erupt the Volcanoes, to free the Crystal-Gold, and bury the Scorpions in Ash! At last, could she concentrate on the building of Thonis-Heracleion ... Yet, in doing so, did she set-upon a Path, from which there was no return. For it was, as she strove for more Crystal-Gold, that her Lava Serpents dug deeper, within the Magma of the Earth, and Awoke that which would cause her Demise: a Scorpion God King - the like of which she had not seen before! It was upon the Island of Santorini, that he, first made himself known: in a Titanic Eruption, that destroyed the settlements of Thera - her precious Crystal-Gold (from there) was lost. Upon the Temple of Amun, had she stood, Energies Flowing from the Tips of her Fingers - even a Tsunami was no match for her, the Waters abated, from her Circle of Power. Then did she Grow Complacent - as she knew that she still had Vesuvius, and that her Egyptian Galleons, still ruled the Seas of the Mediterranean. For sometime still, did Thonis-Heracleion flourish ... The Crystal-Gold built her Temples strong. The Crystal-Gold built her Sarcophagus, to withstand the Sands of Time. The Crystal-Gold built her Statues, for others to marvel at, on the Streets of her City: an Egyptian Minx, an Egyptian Sphinx, an Egyptian Lion - an Egyptian Empire! Her Lava Serpents were winning - the Wars of the Sands: each Time the Scorpions advanced, did her Lava Serpents shift, the Sands undulating, in a Never Ending Earthquake, did the Scorpions Demise! She could Foresee it all - within her Pyramid of Conflict! Powerful indeed had Cleopatra become. Yet it was, from within the Earth, that her Demise would be ... Soon enough, did the Earth start to Tremble! First at Vesuvius: the Volcano began to Erupt - by itself ... It drew her Eyes, just for the Shortest of Time. Yet it was enough! As the Lava Serpents battled, to turn the Tide - Cleopatra found that Wadjet had gone quite ... Yet, upon her last meeting (with Wadjet), was it not Foretold that her Lava Serpents would be Triumphant! Second at Vesuvius: the Lava's continued to Flow. Her Lava Serpents continued to Battle. She stood upon the Temple of Amun, seeing her Galleons of War, she knew that she would be Victorious! Her Eyes fixed on the Mediterranean, the Waters calmed (at Once) - her Fleet sailed for Vesuvius. The Tide would be turned ... Third at Thonis-Heracleion: Did the Earth Start to Shake? Her Eyes in Surprise! What Magic was this? Thonis-Heracleion began to Sink! To Wadjet she called ... Yet, came an answer from the Deep: the Scorpion God King! What Treachery is this? The Cunning of a Scorpion! But it was too late ... A Plate of Earth had he Eaten through - as she Screamed: No, you will Not take My City! Energies Rushed Forth from the Tips of her Fingers ... Thonis-Heracleion locked in Time - Under the Sea, did Cleopatra, turn to Stone.