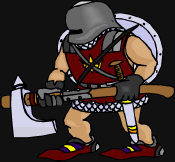 This is fantasy that involves a character (or characters) undertaking a specific quest/journey.

This is fantasy that's based on history - but featuring a different ending/outcome.

This is fantasy that revolves around 'King Arthur' and his realm of Camelot.

This is fantasy that involves comedy in its storyline and characters.

This is fantasy that features both the real 'modern world' and a fantasy 'hidden world'.

This is fantasy that involves characters travelling between worlds (via a portal of some kind).

This is fantasy that involves 'creatures of the night' (such as vampires and werewolves).

This is fantasy that involves a large geographical world and/or vast battles between good and evil.

This is fantasy that involves 'steamy scenes' between its main characters. 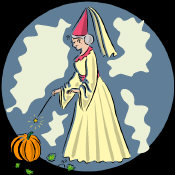 This is fantasy that involves fairies and/or stories/knowledge that are (mostly) suitable for children.

This is fantasy that revolves around the traditional songs/stories of a particular people/race.

This is fantasy that relates to barbaric tribes and/or seeks to emphasise the extravagant/mysterious. 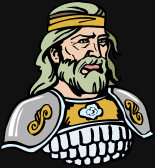 This is fantasy that revolves around the development/story of one particular character.

This is fantasy that involves intelligent/magical beings (such as Dragons, Elves and Wizards).

This is fantasy that's based on history - but may be portrayed by different beings and/or worlds.

This is fantasy that involves its characters in scary plots and/or aims to scare the reader.

This is fantasy that merges two or more other genres together (such as High and Epic).

This is fantasy that seems more 'every day' and/or features few traditional elements (such as magic).

This is fantasy that focuses on magic and/or its portrayal through witches, wizards and warlocks.

This is fantasy that revolves around knights, castles and their merry jesters (but is not Arthurian).

This is fantasy that revolves around a 'band of brothers' and/or how the military is portrayed. 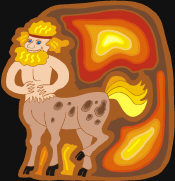 This is fantasy that revolves around classical beings (such as centaurs and titans).

This is fantasy that involves beings such as ghosts and/or happenings that 'can't be explained'.

This is fantasy that 'could actually happen' and/or has sensible limitations on its characters abilities. 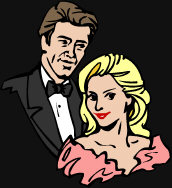 This is fantasy that concentrates on the 'love life' between various characters.

This is fantasy that's based on science and/or 'believed to be possible one day'.

This is fantasy that revolves around characters with superhuman strength and abilities. 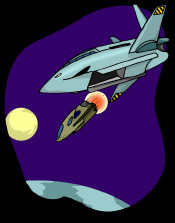 This is fantasy that involves honourable sword fighting - together with interstellar travel.

This is fantasy that involves honourable sword fighting - together with good/evil magic.

This is fantasy that is located within a town/city but also happens to have a fantasy 'hidden world'.

This is fantasy that doesn't follow a linear/sensible storyline and/or is based in a totally alien world.

Out of the (above) fantasy genres, the Victorian Hawk Dragon's favourite to read (and write about) is Sword and Sorcery. He just loves the idea of Heroes 'that are slightly different' within a Fantasy World, with a 'suitably matched' storyline of 'Good against Evil': the prince and his dragon 'charged the black knight' - fighting him 'sword for sword' ...

No indeed, the Elves do not! But what of Men, can they throw back the Darkness of Sauron, all by themselves? For a Time, does this Classic Fantasy Tale, appear to suggest (at least to me), that Men very well can! Or perhaps instead, I to (like Boromir), was under the Spell of Darkness, and the Power of the One Ring, to Rule them All:

Masters of Atlantis, and Guardians of the Sea, a Pirates Mermaid Hoards - the Treasures of the Deep:

This Classic Fantasy Tale, sees a Quest for Treasure, in the Lost Kingdoms of the Dwarves, with a Guardian Fire Drake of the North, who goes by the name of Smaug. It's The Hobbit:

It's been quite some time since I last walked the Lands of Lore and the Thrones of Chaos. Yet, all of that changed this week (with the help of DOSBox 0.72 and a hunt for my old 3.5 inch floppy discs!). I donned the boots of Conrad, and headed off for a trip down memory lane - to assist King Richard:

To be honest, I had expected the game to seem somewhat dated. The graphics are not in the same league as today's games, the 3d world is essentially tile based (where you move around using cursor keys), and ... You know what, I just don't give a dam! The storyline is amazing!! I found myself thinking about Quests and Adventures that seem as real now, as they did back then. Within the Draracle Caves, I was soon asking myself a question: what was the gift that the Draracle wanted? With some head scratching, I knew it when I saw it - a golden knife with red jewels in it. Then did the Draracle give me some riddles for an Elixir - that will save King Richard (albeit much later in the game). Still, I'm getting ahead of myself ... I love the fact that everything seems to fall into place in this game. When your Quest starts, you receive a Magic Atlas (which you need - as it's easy to get lost within the mazes of each location/level). Then do you receive a Compass (which you use with your Magic Atlas). Then do your receive a Spell Book (which holds your various magical spells - such as Spark, Heal, Freeze, Fireball and Lightening). Then do you receive a Lantern (when you first visit the Caves - which with enough Oil, helps Lighten the Dark). Your an adventurer (either Ak'Shel, Kieran, Micheal or Conrad) who has companions along the way (such as Timothy, Baccata and Lora). Prepare to have both your combat and magical skills tested - whilst at the same time, having a really good work out for your memory! It's easy to forget where you are in the mazes of these Lands ... Now, even though this game is (at least) two decades old - it does one thing that many modern games don't seem to do: it has the ability to make you laugh! For me, this always occurs in two places: the pits you find in various Mines and the sink holes (in the Gorkha Swamp). In both cases, it always goes something like this for me: fwd, fwd, left, left, fwd, fwd, left, AUGH! I've fallen down a hole! AUGH! Laugh, Laugh, Laugh. Then just for fun, I do it again! (Not quite so funny now!). Laugh, Laugh. As I say, this game's storyline pulls you in - especially when you feel like you've achieved something. It's great fun when you fix the Water Pump within the Urbish Mines (so that's what the lumps of coal and the gear/cog are for!). Although, the Urbish Mines themselves is a place that I've always found testing (both the getting lost, and those Avian Worms!). There's plenty of other challenges to - such as Scotia's Barrier(s)! These caused me nothing but grief a few years back, but this time - I remembered Vaelan's Cube! This game has more monsters/mythical creatures than you can shake a stick at. Some of my favourites are: Bandits, Cave Dwellers, Gimlets, Gorkha, Giant Lizards, Orcs and Great Orcs - as once you have some decent weapons (such as Great Swords and Great Axes), then these tend to die fairly easily in hand-to-hand combat. Some of my least favourite monsters/mythical creatures are: the Larkhon (a big worm - throw your sword at it), Magic Mirrors (walking jelly fish - they don't like Lightening), Rocklings (made of rock - dam, you blunted my sword!) and Wraiths (run, no really - run!). Overall: this is an amazing adventure/role playing game whose storyline seems to have stood the test of time. I'm amazed that it's challenges seem just as hard now, as they did back in the day (when I first got those 3.5 inch floppy discs home!). This may not be a game that you want to play full-screen now, but it can certainly play/run perfectly well in a window on your desktop (even perhaps whilst your doing other things!). One question I found myself asking was: where am I? I seem to be lost in these Urbish Mines! Let alone being lost in the White Tower ... Finally: it's been sometime since I've seen Scotia, but I do remember Dawn - was that a Cuckoo? Tip: for DOSBox 0.72, I used mount c c: (slash) OLDGAMES (slash) westwood (slash) lands, c:, lands. If you don't fancy that, then there's a newer version (see relevant link below).

In the minds of Mortal Men, Atlantis emerges from the Deep, appearing as a Ruined City:

Yet to the minds of a Mermaid, Atlantis appears in all her Majesty: a Fortress City, built to guard against the Conquests of an Ancient Foe - Octopi. Throughout the Sands of Time, both the Mermaids, and the Octopus, have fought a Titanic Battle: for control of the Sea Bed and the Treasures of the Deep. With Hurricane and Sea Serpent does a Mermaid sink a ship. With Intelligence and Speed does Octopi claim the Wreck. With Trident and Tentacle does a Fearsome Battle ensue. With Mermaid and Victory goes the Treasures to Atlantis. With Octopus and Triumph stays the Treasures in the Wreck. Atlantis: her streets are paved with Gold. Atlantis: her temples rise in War. Atlantis: her walls deter all but the largest Octopi. Here in the Deep, do the largest Warriors dwell: Titanic Sea Serpents going head-to-head, against Monstrous Octopi. Undersea the Earthquakes shake - each blow trembling to the Earth. With arms of Four Pairs, does a Octopus wield its Suckers. With the Venom of Poseidon, does a Sea Serpent wield its Fangs. It is at the Gates of Atlantis that the Crusader Battles were fought. With Camouflage and Stealth did the Octopi lay in wait. With Excitement and Greed did the Gates of Atlantis open: the Promise of a Bounty, from a Pirate Ship! Three times have the Crusades been fought - three times have the Gates of Atlantis held. Three times has the Intelligence of the Octopi increased - three times has the Siren of Atlantis sung out: To the Gates! To the Gates! Did the Mermaids rush. With Sword and Trident did the Mermaids battle. Turned back were the Octopi, but just for a little while. With Countless Wrecks and Infinite Oceans, the armies of the Octopi: Scheme with Time. With the Fury of the Weather and the Wrath of the Gods, the armies of the Mermaids: Endure through Time. Yet within the Scrolls of Atlantis, it is written: should the Gates of Atlantis ever fall, that Poseidon himself shall return - to battle the Octopi, and defeat their Mighty Kraken. Few Mermaids indeed have heard of the Kraken - a Titanic Octopi, with the power to level Atlantis. As for those that do, it is believed that he/she dwells within the Deepest Oceans, or perhaps within the Deepest Abyss. Only time will tell, whether Mermaid or Octopus, sees the Fruits of their Bounty. Yet what's that? With a Breath of Compressed Air, from within a Submarine, came Mortal Man. Atlantis: her streets are paved with Seaweed. Atlantis: her temples fall to Ruin. Atlantis: her walls attract Sea Life.